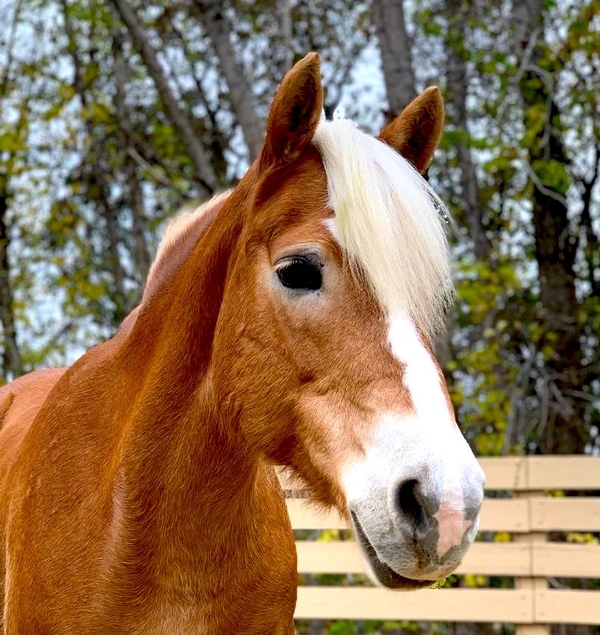 RAPHAEL ROSE TOF is the beautiful result of the first American Haflinger Registry “GOLD on GOLD” cross by the well known AHR GOLD classified stallion Aristocrat TOF, and out of the AHR GOLD classified mare, Rivella TOF.  Raphi is classified “silver” through the AHR Inspection and Classification system.

“Raphi’s” sire and dam were both imported from Austria, and both hold many national championship titles.  Raphi has earned titles like “1st place weanling filly at both the 2000  and 2001 AHR National Show”, “1st place AHR Futurity Champion filly”, and Reserve Junior National Champion mare.

Although Raphi could still be a successful broodmare, these days she mostly enjoys trail riding around the Willow Brook Farms trail system.   She is available to a good home and hopes for a new owner who has experience handling and riding. 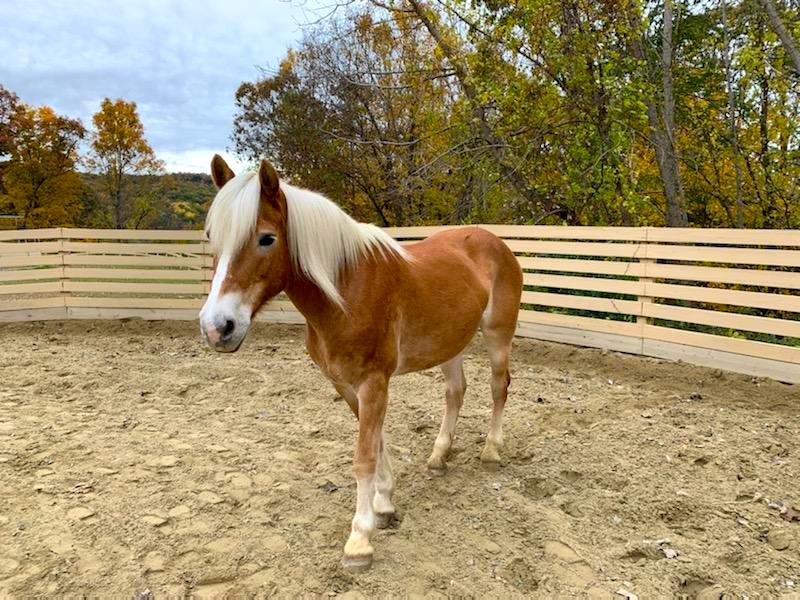 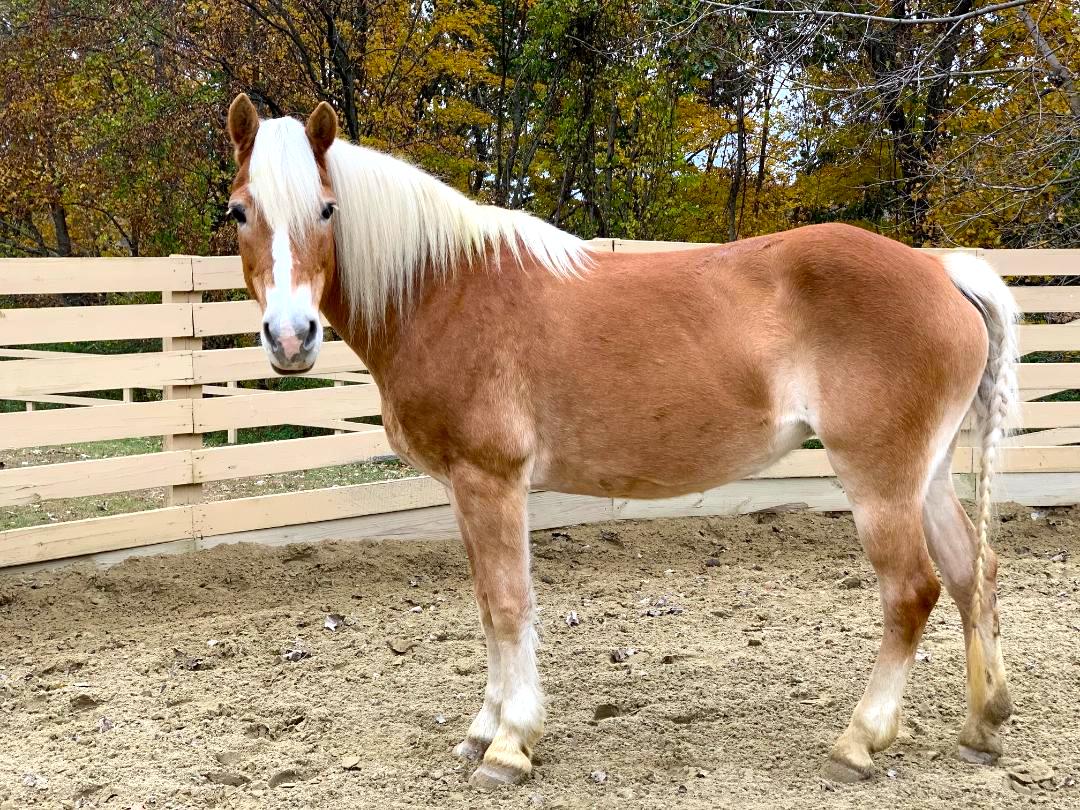 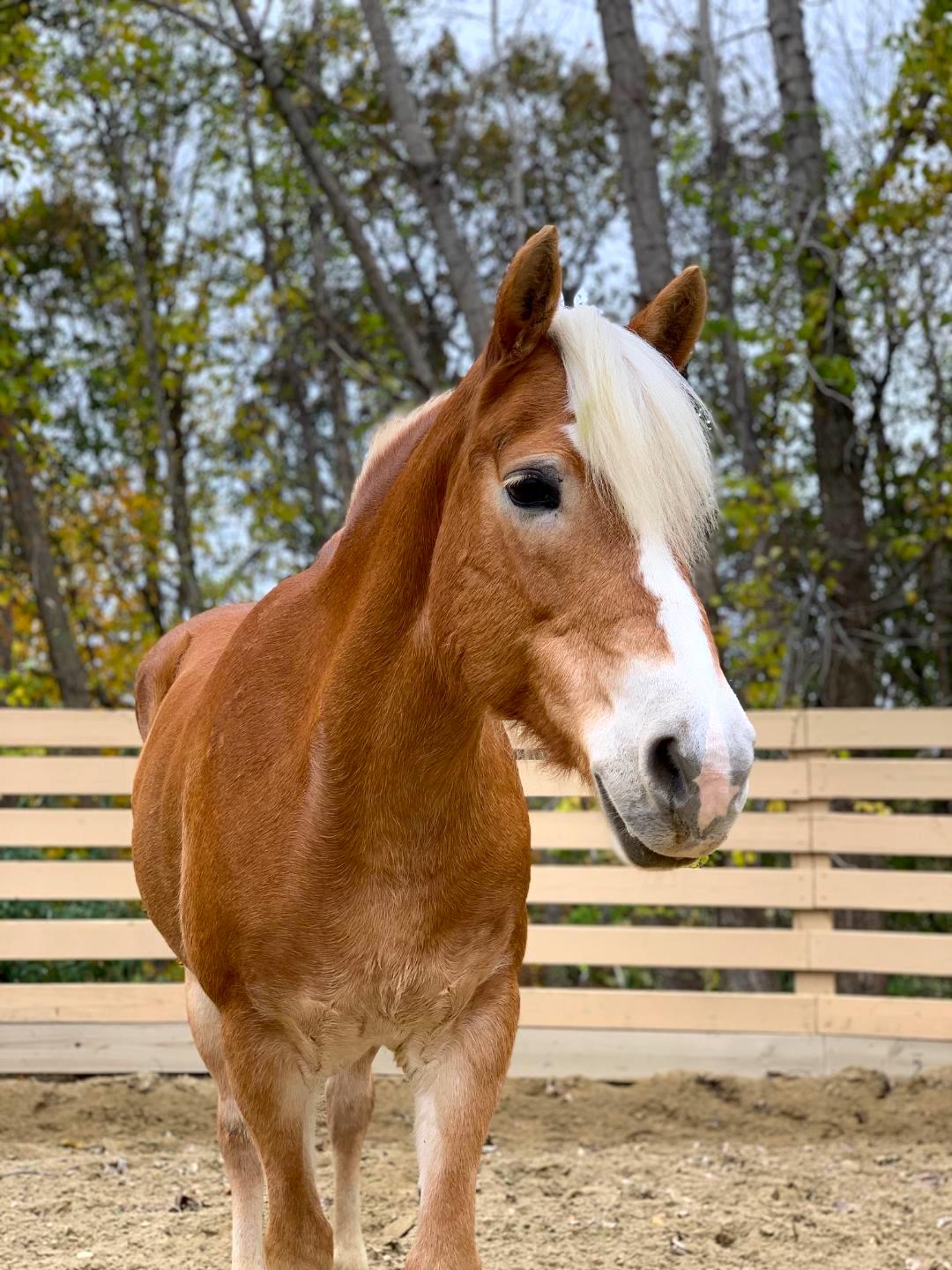