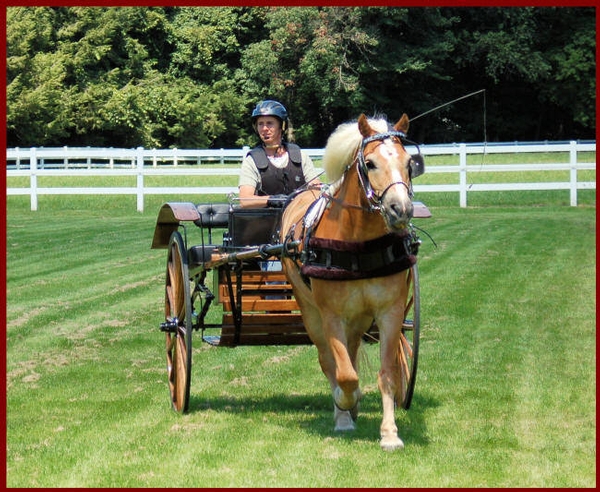 Advo is a 16 year old gelding who has excelled at competitive trail riding all over New England, has competed in many hunter paces, and has won an award of some kind at every competition he's ever entered.  He was Grand Champion at the 100 mile competitive ride in Maine, and his winning personality is equal in every way to his credentials.  He has always approached any task with eagerness…along with his role as herd "leader" at Willow Brook Farms.