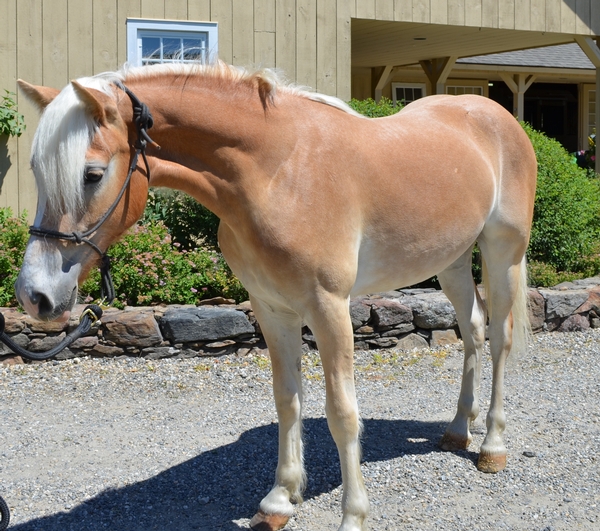 About Ruby of Genesis

Ruby’s sire Arno van het Nieszof was imported from Holland as a yearling. Since entering the USA, Arno has been the two time AHR National Champion Stallion in 2001 and 2004. At age 8, Arno was the highest inspected Haflinger of all the AHR inspection sites combined. That same year five of his offspring were classified and all five received high silver scores, earning Arno the title of “Star Stallion” by the AHR Inspection Committee.